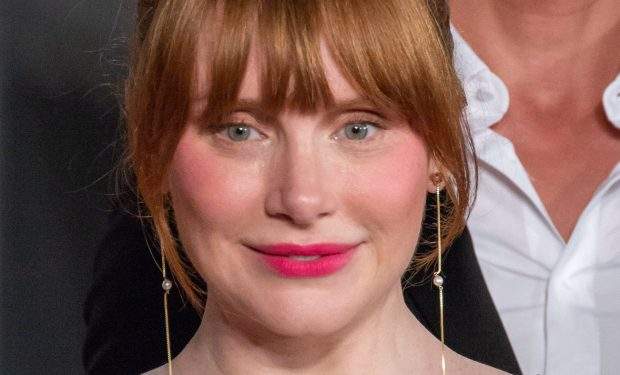 With less than two months before the Season 3 premiere of The Mandalorian, actress-turned-director Bryce Dallas Howard (daughter of famous filmmaker Ron Howard) voiced her “glee” and gratitude for being invited back to direct Season 3 of the Star Wars Disney+ sci-fi series. (She directed the Season 1 episode “Chapter 4: Sanctuary” and the episode “Chapter 11: The Heiress” episode in Season 2.)

With the behind-the-scene photos below, Howard writes about reuniting with her Disney+ co-workers: “Reunited. And it feels SO GOOD!” and “there’s nothing quite like the adventure, magic, and friendships forged on this show.”

Swipe to see Howard “casually hanging out with a Quarren on giant trawler, talking to the iconic Frog Couple on the docks of Trask, and watching the monitor at video village.”

Fans of The Mandalorian are chiming in with excitement. As one fan replied: “This has to be one of the most fun sets to work on.” And the actors wearing those elaborate costumes are praising Howard, too.

Actress Misty Rosas (who plays the female frog “in a blind head” costume, as seen above) replied to Howard: “Thank you for your energy, enthusiasm and kindness! Creating with you is just PURE JOY!”

Season 3 of The Mandalorian will be released on March 1 on Disney+. Trailer above.