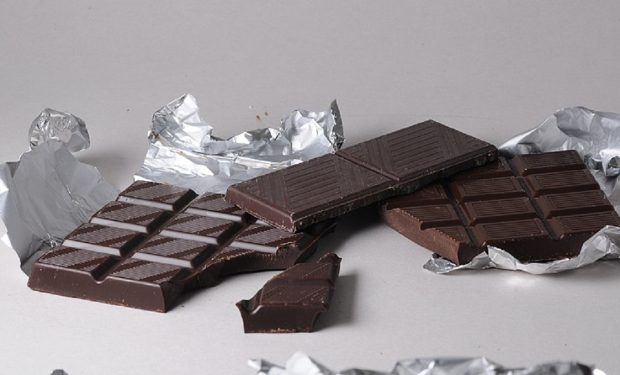 California’s laws have been breached — and dark chocolate is the culprit. The state’s maximum allowable daily dietary dosage of lead (0.5 micrograms) and cadmium (4.1 micrograms) are reportedly being exceeded by a majority of dark chocolate bars that Consumer Reports recently tested.

But before sweet panic sets in, perhaps it’s helpful to be reminded that California’s acceptable rates are among the most restrictive in the country. By comparison, the FDA sets the maximum for daily lead consumption even for children at 2.2 micrograms, more than four times the level that’s deemed acceptable in Los Angeles.

The FDA limit for women in their 20s is 8.8 micrograms, which means they can Netflix and chill with a pretty good size chocolate bar when they wish.

Why the discrepancy? California is often on the leading edge of health and environmental restrictions. For example, California just passed a law that will require all new vehicles sold in the state to be electric or hybrid by 2035.

With such different ideas of what defines safe consumption floating around, and with a whole lot of holiday chocolate about to be consumed, what is a sweet tooth celebrant to do?

A toxicologist at Johns Hopkins, Andrew Stolbach, told NPR that “the safety levels for lead and cadmium are set to be very protective, and going above them by a modest amount isn’t something to be concerned about.”

So why set the levels of recommended consumption so low? The dangers posed to “high-risk” individuals like the elderly and those with pre-existing conditions influence the level setting. Stolbach also says that appropriate calcium and iron intake provides a further protective level against lead and cadmium since calcium and iron help prevent absorption of the metals.

Red meat, eggs, tuna and sardines are all foods that are high in calcium and iron, as well as legumes. Brussels sprouts and dried fruits are iron-rich items for your plate. Does that mean after your steak and eggs, you can have a big dark chocolate bar, worry-free? It’s complicated, like all diet choices.

But the warnings aren’t without merit. According to OSHA at the U.S. Labor Department, “Cadmium and its compounds are highly toxic and exposure to this metal is known to cause cancer and targets the body’s cardiovascular, renal, gastrointestinal, neurological, reproductive, and respiratory systems.”

OSHA’s chief area of concern isn’t chocolate bars with lead and cadmium, but prolonged exposure that affects metallurgy workers or pollution that occurs in water and soil as a result of industrial activity.

Cadmium isn’t to be taken lightly in either case. In the 1950s in Japan, doctors diagnosed a prevalent cadmium disease they named the “Ouch, Ouch” disease, for the sound afflicted women made when being examined. (In Japanese, it is called “Itai, Itai.”) That dangerous condition emanated from a local cadmium mining operation that contaminated water sources.