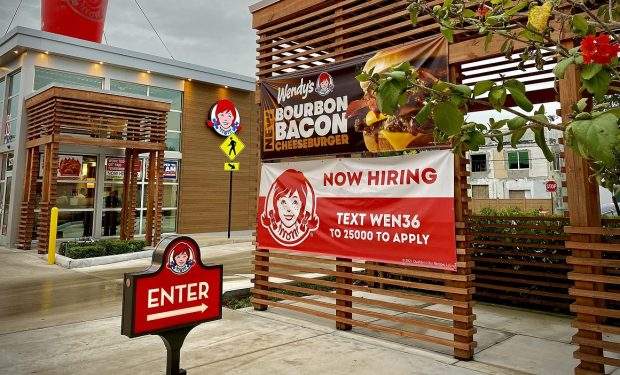 “You’ve heard of Elf on the Shelf, now get ready for,” begins the clever new marketing engagement prompt from Wendy’s, the square burger purveyor most famous for answering the indelible advertising query: Where’s the beef?!!

But sometimes things are too clever, no? That seems to be the case so far, based on responses to the new Wendy’s post featuring a number of mashup images that are apparently supposed to match (rhyme?) — like Elf on a Shelf. Yet most customers are stumped, with most only getting the image that features a cup of Wendy’s chili on top of Philadelphia on a map.

“Chili on Phili is the only one I got,” wrote one stumped fan, who had plenty of company in the inability to decipher the answers. (No answer key from corporate was included.)

A user named ryder.the.egg offers the most complete answer so far, with “baconater on the equator, wendy on a window, tater’ on a skater, french toast sticks on a click, chili in philly.”

“Baconator on the equator” seems a certainty. Tater on a skater sounds about right. And the “sticks on the clicks” idea is echoed by others in various permutations (e.g., “stick on right click”).

But despite — or because of — the intended stumping, Wendy’s fun campaign has produced the kind of results every marketer hopes for — engagement and brand awareness. “All I know is @wendys can be on anything and I’ll eat it,” said one commenter, while another attested: “Now I’m really in the mood for some Wendy’s.”

Mission accomplished, brand managers. Of course, you don’t get any points on social media in 2022 unless your prompt also produces some good snarky answers. Here again, Wendy’s wins.

“Yeah we got Burger on the world, wendys on a window, potato on a skateboarder, fries on a mouse, and of course, soup on philadelphia,” came one winking response, no doubt given by someone who likes to play Elf on a Plate at home.