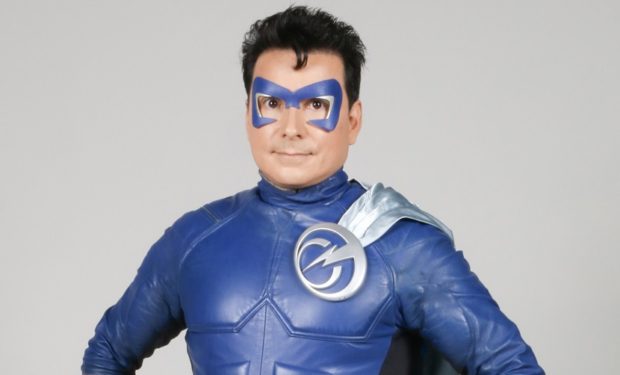 2paragraphs asked Surge, the first out gay superhero in the movies, what that role means to him and to others.

2paragraphs: Being the first out gay superhero must come with a lot of responsibility — do you feel a heavy burden to represent?

Surge: Being cinema’s first out gay superhero is a lot of responsibility, but I do not feel it is a burden. My first movie came out in 2004 and to date, there are still no openly gay superheroes in movies. So far, the closest is the Yellow Ranger, Trini, in the Power Rangers movie, who, when asked in the movie if she has “boyfriend troubles” or “girlfriend troubles,” simply responds that she doesn’t like “labels.” So, if Trini is gay, she is certainly not out and does not identify as gay. So, I am still on my own as far as LGBT superhero representation on the big screen, which I don’t mind. Superheroes often champion the cause of the underdog and those on the fringes, and are often called to be selfless and go above and beyond the call of duty. I happily bear my mantle with a sense of pride and purpose.

Whether on the big screen or when I make appearances in public in the “real world” at film festivals and conventions, I carry myself as a gay man comfortable in my identity. I discuss the perils of homophobia and fight hate crimes. I appreciate the struggles of all minorities and am vigilant to the various forms of prejudice they face. Confronting oppression is part of my superhero mission. I also face evil and injustice with a sense of humor. In fact, both of my movies are comedies, which I think make it easier for mainstream audiences to connect with and enjoy LGBT characters. So, I have not only found a purpose, but a venue to express it. Each time audiences laugh, cheer and applaud to my zany superhero antics, I realize I am accomplishing my purpose.

The next screening of Surge’s new film, Surge of Power: Revenge of the Sequel — is on April 8, 2017, at The Great Philadelphia Comic Con. Details here: www.surgeofpower.org. Surge adds: “I look forward to greeting that audience with humor and dignity.”