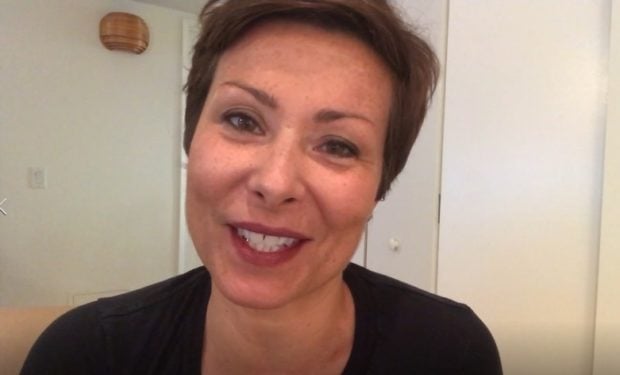 The Speech Ring is an ingenious invention that has helped thousands of people speak more articulately and communicate better. Lauren Lovett, a speech coach who has long helped actors and business people with the art of speaking in public, invented The Speech Ring to give those who use it an advantage in life. Because when you can communicate your ideas and desires, you have a greater chance of seeing them realized. We asked Lauren about her invention — and why it’s important.

2paragraphs: The Speech Ring has had a big impact, including your appearance on Steve Harvey’s Funderdome. What makes people connect so powerfully with your invention?

Lauren Lovett: Well I think it’s about communication. I think that we all want to be able to verbally communicate and express ourselves. So The Speech Ring was originally intentioned for the storytellers of our community, the actors. And then I started working with more business professionals on public speaking who weren’t used to actually opening their mouths and warming up their facial articulators, so it helps with that — it’s kind of like putting a donut on a baseball bat to improve your swing. The Speech Ring is not a magic pill — not at all — it’s just for practice to refine your speech and give you a little confidence when you have to go in front of people and speak aloud, which for a lot of us is really terrifying. There’s a lot of fear, there’s a lot of frustration, and there’s a lot of desire behind verbal communication. So we are developing an app for The Speech Ring to make it even easier and more effective to use for specific accent reduction and other dialects — if actors want to take on a dialect, a lot of that is about tongue placement. So we’re working on things to accompany The Speech Ring, to give it more depth and texture and usability. So thank you so much and have a wonderful day.