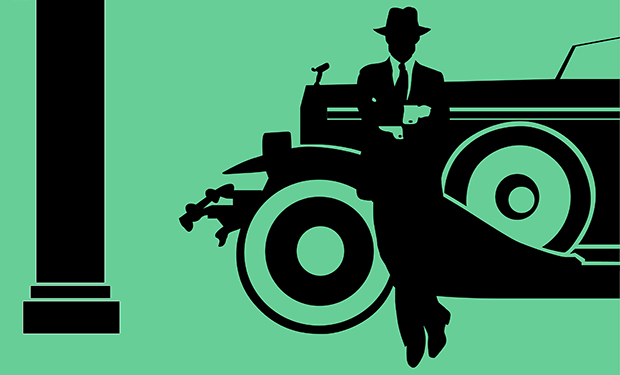 2paragraphs: F. Scott Fitzgerald’s Jay Gatsby is wealthy, self-made, romantic, a bit of a con artist, a humanitarian — ultimately a complex and misunderstood icon of the American Dream. Do you think Gatsby would have voted for Trump or Clinton?

Maureen Corrigan: The easy answer is Trump, isn’t it? After all, Jay Gatsby and Donald Trump share so much: a brazen flair for con artistry, a nouveau riche taste in home décor (Trump Tower is West Egg made manifest in glass), and even a skewed vision of a lost golden age. “Make America Great Again” is but a blunter iteration of Gatsby’s signal line: “Can’t repeat the past, why of course you can!” But, Gatsby would never do it; he would never vote for Trump. That’s because despite their surface similarities, Gatsby loathes everything Trump stands for. We know this because Gatsby loathes Tom Buchanan, Donald Trump’s fictional doppelganger.

Upon reading an early draft of The Great Gatsby, Maxwell Perkins expressed a visceral disgust toward Tom Buchanan: “I should know him if I met him on the street and I should avoid him.” Swollen with arrogance, proud of his unearned authority, Tom strides around spouting half-chewed climate change theories (“It seems that pretty soon the earth’s going to fall into the sun—or wait a minute—it’s just the opposite—the sun’s getting colder every year”) and racist ideologies (“[I]f we don’t look out the white race will be—will be utterly submerged. It’s all scientific stuff; it’s been proved.”) Tom, like Trump, can’t keep his hands off women; in fact his meaty paws do more than grope. Recall Daisy’s broken pinky finger; Myrtle’s broken nose. Contrast those images with Gatsby’s hands stretching out in aspiration toward that green light at the end of Daisy’s dock. Because Jay Gatsby is above all else a dreamer he could never endorse an ignorant brute like Tom Buchanan/Donald Trump. Despite the fact that Hillary, like Daisy, “isn’t commensurate to his capacity for wonder,” Gatsby would have voted for Hillary Clinton.

— Maureen Corrigan is the author of So We Read On: How The Great Gatsby Came to Be and Why It Endures. She is Critic in Residence in the Department of English at Georgetown University.