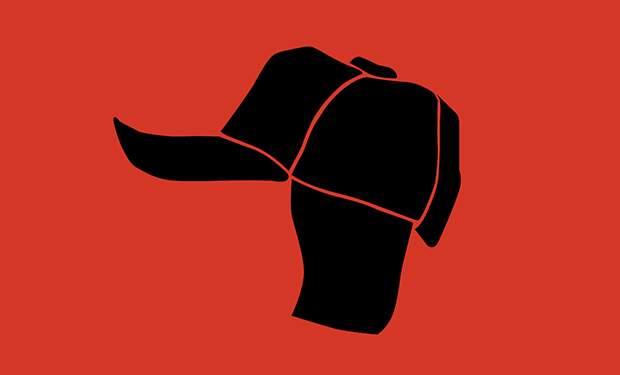 2paragraphs: J.D. Salinger’s Holden Caulfield railed against a corrupt system and the status quo. He also famously didn’t care for “phonies.” Do you think Holden would have voted for Trump or Clinton?

David Huddle/Holden Caulfield: Okay, so you know I hate phonies, right? And who’s the biggest phony ever in all of human history? This is a guy who tells maybe a hundred lies a day and next day tells a hundred more that contradict the ones he told yesterday? He’s like a movie of the world’s phoniest politician, except instead of being all friendly and downhome and gonna do all kinds of nice things for the country–this guy’s shtick is how mean he is. He sends his thugs out to beat up protesters. He’s all about deporting half the manual laborers who came to the States for looking for a better life. Including their kids who probably speak better English than he does. He’s gonna threaten and pick on Muslims till they wish they’d never come here. He’s working hard on pissing off China. He’s gonna send our Army, Navy, Air Force and Marines to wipe out Syria, Iraq, and Iran, then go in and take away all their oil and bring it back across the ocean, then he’s going to send Exxon to clean up those places and turn half the Middle East into a refinery pumping the rest of their oil straight to gas stations all over the US. And though he doesn’t say so, he’s not going to pay them a dime for it. I could go on. There’s lots more to say, about how he brags about how he can get by with groping women because he’s a TV star. Claims he’s richer than we could even dream of being, but he doesn’t pay taxes, doesn’t pay the people who’ve done work for him–millions of dollars he owes people and he brags about how he won’t pay them because he doesn’t like the work they did. He’s got loads of lawsuits against him in the courts right now and bankruptcies behind him. Which doesn’t embarrass him even slightly. He says he’s good at bankruptcy. If you’ve got a brain or a soul or a heart, you’ve got to be despising this man with every fiber of your being. Assuming he’s a man, which may not be the case–he might be an A+ robot sent to the US by Russia to turn the country into a wasteland. Okay, so I want to be right up front about this. I’ve been working on it, but I can’t sufficiently hate the guy. I’ve coached myself, I’ve lectured the face I see in the mirror: “If you can’t hate this guy, then you’re not fit to be the catcher in the rye, not fit to be looking out for little kids.” I’ve tried logic and even religion. What would Jesus make this of this guy? Buddha? Mother Teresa? I even asked a guy sitting cross-legged on the street with a sign in front of him that read I’m Struggling – Anything Helps, and this guy just shook his head at me. Can’t adequately hate him, because A) there’s so much to hate that all I’ve got is about a fraction of what I’d need to do him justice, and B) I think this guy came straight out of a nightmare I was born with. You know the one: Things used to be so sweet here, but we’ve pretty much ruined the whole continent. Once upon a time there were some smart and ethically aware men who invented the United States, but there’s nobody around here now who’s like those people and the whole pack of us is collaborating on turning it all into a Texas-sized Walmart with a mega parking lot surrounding it from sea to shining sea. Villain comes to town, sizes the place up, figures out what clueless wusses the townspeople are, and says ah heh heh heh!–I can turn this place into a trash-heap, and I can do it under budget and ahead of schedule.

So did I vote for Trump or Clinton? You know how sometimes you see the light? I tell you what Trump made me see: A darkness so dense and deep it’s blinded all of us, Hillary included. Which is why I’m writing to you from Uranium City, Saskatchewan. I’m applying for citizenship. If I have to live in darkness, I prefer the real thing.

— David Huddle is the author of 20 books and Professor Emeritus at the University of Vermont. The book that most influenced his life is J.D. Salinger‘s Nine Stories.