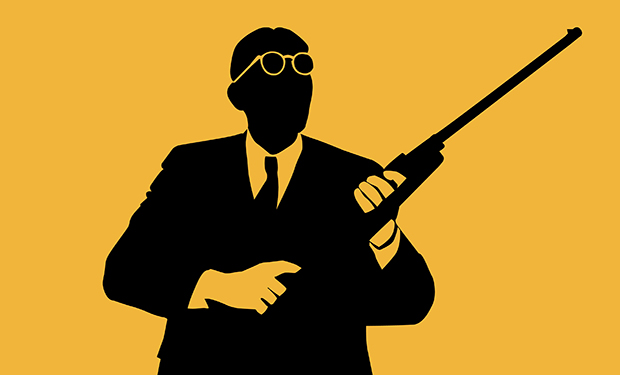 2paragraphs: Harper Lee’s Atticus Finch battled a corrupt system and the status quo. He also famously said: “The one thing that doesn’t abide by majority rule is a person’s conscience.” Do you think Finch would have voted for Trump or Clinton?

Patrick Chura: Meet Atticus Finch, Alabama attorney and famously gentle single dad, until recently revered as a literary saint. Mr. Finch would have voted for Donald Trump—and this is true for both the heroic defender of Tom Robinson in To Kill a Mockingbird and the bigoted segregationist of Go Set a Watchman. Watchman takes place in the 1950s, when Southern politics were defined by furious resistance to the Brown v. Board of Education decision and to Northern “liberals and do-gooders” striving to end segregation. Atticus rejects the progressive forces of the early Civil Rights movement and joins the White Citizens Councils, whose incendiary pamphlets are described by Scout as “stuff that makes Dr. Goebbels look like a naïve little country boy.” A former Klan member, Atticus views blacks as a backward people “unable to share fully in the responsibilities of citizenship.” He confronts his freethinking daughter with reactionary questions: “Do you want Negroes by the carload in our schools, churches and theaters? Do you want them in our world?” She responds by comparing him to Hitler. Atticus says the Supreme Court is trying to “wreck” the South; he has a constitutional mistrust of government in large doses. “I’d like for my state to be left alone to keep house without advice from the NAACP,” he says. Atticus voted for Eisenhower in ’56 but describes himself as a Jeffersonian Democrat because “Jefferson believed that full citizenship was a privilege to be earned” and that “a man couldn’t vote simply because he was a man.” This pretext for ignoring the Fifteenth Amendment might soon be embraced by Trump’s attorney general pick, Alabaman Jeff Sessions. Certainly this Atticus would have voted for Trump.

What about To Kill a Mockingbird? In this book Atticus guards the courthouse to prevent a lynching and risks his children and career to seek equal justice across the color line. How could Trump’s bigotry appeal to him? Let’s remember that the daughter who worships Atticus in Mockingbird is eight years old. In her twenties Scout understands that for Atticus, the Robinson case “had nothing to do with” the black defendant, that her father was simply trying “to work order out of disorder.” In Mockingbird as in Watchman, Atticus denounces liberal overreach and identifies with the Southern status quo. In making his final plea for Robinson, he can’t resist taking a swipe at the Roosevelt Administration and the North:

Thomas Jefferson once said that all men are created equal, a phrase that the Yankees and the distaff side of the Executive branch in Washington are fond of hurling at us. There is a tendency    [. . .]  for certain people to use this phrase out of context, to satisfy all conditions.

In effect Atticus claims that it’s “ridiculous” to take the Declaration of Independence literally. His reference to the “distaff side of the Executive” insults Eleanor Roosevelt for having the audacity to sit with blacks at the Southern Conference on Human Welfare in Birmingham. His coded rhetoric means, “Let’s acquit this man because he’s innocent, but blacks do not deserve social equality and any Northerner who says they do is my enemy and yours.” Pleading for Robinson, he nods also to white supremacy. People change, but if this character were conveyed intact from either of Lee’s novels to the present day, he’d find his political home in the alt-right movement without which Trump could not have been elected. Trump carried Alabama by 29 points and almost 600,000 votes.

— Dr. Patrick Chura teaches American literature and culture studies at University of Akron. He is the author of two books and has published articles on a variety of literary-historical topics, including Harper Lee’s literary stature.