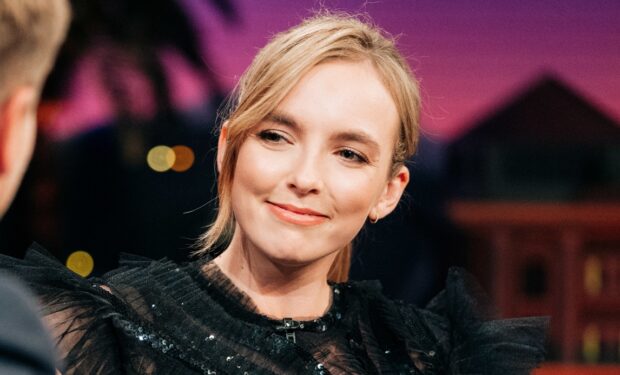 American audiences know British actress Jodie Comer for her Emmy Award-winning role as Villanelle in the suspenseful series Killing Eve with Sandra Oh, and in films including Free Guy with Ryan Reynolds.

When not on a Hollywood set, the actress is often on a stage.

After the success of her performance in the one-woman play Prima Facie at West End’s Harold Pinter Theatre, Comer is reprising her role as criminal defense barrister/lawyer Tessa for a Broadway production of the courtroom drama, which is based on the 2019 book of the same title by Suzie Miller.

As seen in the video above, Comer owns the stage as a white-wigged barrister in one scene and then twerks on a giant courtroom table in another. During the play, it’s revealed that Tessa’s view of the legal system changes after she is sexually assaulted.

The phrase Prima Facie in law means “based on the first impression; accepted as correct until proved otherwise.”

Get ready to see more of Comer: she’s filming the British survival film The End We Start From with Benedict Cumberbatch (see photo above); and the American motorcycle drama The Bikeriders with Tom Hardy, Austin Butler, Michael Shannon, and Norman Reedus, among others (see below).

Prima Facie will run for 10 weeks at the Golden Theatre in New York City. Opening Night is scheduled for April 23, 2023.