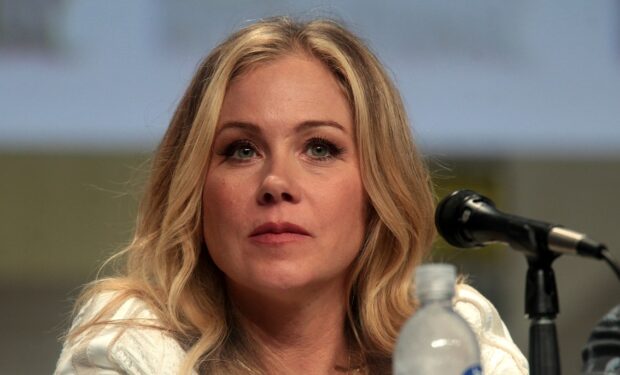 Hollywood star Christina Applegate is known for her roles on Married with Children, the Anchorman movies, and in the Netflix dark comedy Dead to Me, among many others.

When she shared the photo below, of her in a “human abducted by an alien” Halloween costume with bare feet, she cleverly captioned it, “You don’t know sexy until you are sexy.”

You don’t know sexy until you are sexy. Happy Halloween! pic.twitter.com/AS8qGVgzUQ

When Applegate’s fans started to reply with questions including “What are you suppose to be and why you so short lol,” she replied with humor, “These are dumb questions. I was an alien abducting someone. And I am short because of DNA. HAHA.” (Note: Christina Applegate is reportedly 5’5.”)

I have a very important ceremony coming up. This will be my first time out since diagnosed with MS. Walking sticks are now part of my new normal. Thank you @neowalksticks for these beauties. Stay tuned to see which ones make the cut for a week of stuff. pic.twitter.com/O543p1G4vS

Get ready to see more of Applegate, the third and final season of Dead to Me premieres Thursday, November 17, 2022. Applegate plays Jen Harding, a realtor whose husband was killed in a hit-and-run. Unbeknownst to Jen, her new friend Judy (Linda Cardinelli, ER, Freaks and Geeks), whom she met at a grief support group, is the person who killed Jen’s husband.