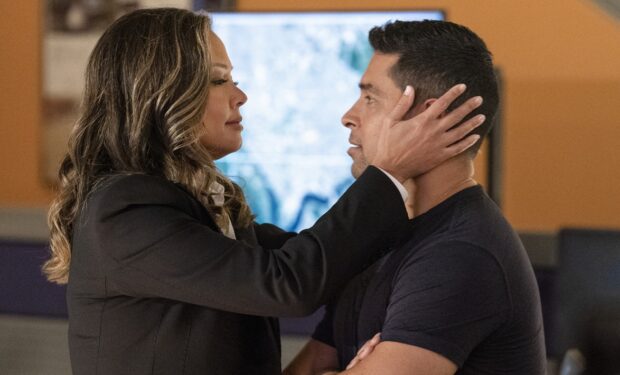 On the Season 20 premiere episode of NCIS, ‘A Family Matter,’ with Special Agent Alden Parker (Gary Cole, The Good Wife) on the run with Vivian (Teri Polo, The Fosters), the team examines who from his past has a personal vendetta against him in hopes of clearing Parker’s name.

The episode is followed by the Season 2 premiere of NCIS: Hawaii — it’s a two-hour crossover event!

As Lachey says in the sneak peek video below, the two-hour crossover premiere is “electric.”

NCIS airs Mondays at 9 pm ET on CBS, right after Bob (Hearts) Abishola at 8:30 pm and The Neighborhood at 8 pm.