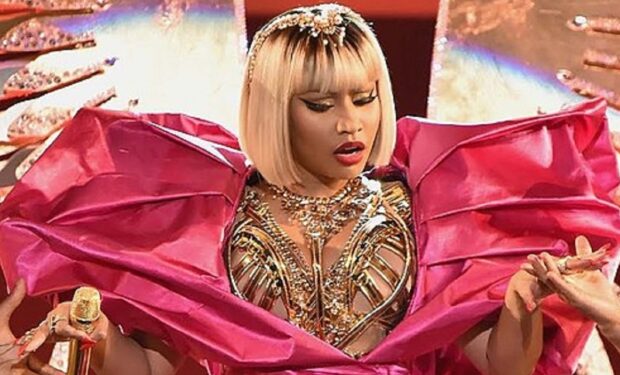 “She’s a very freaky girl,” the late soul legend Rick James sang, “the kind you don’t bring home to mother.” And Nicki Minaj takes the Rick James groove (and vibe?) and runs with it all the way to 100M streams on Spotify, getting their faster than any other record of its kind and pedigree.

The video (NSFW, maybe even WFH!) features Minaj in charge:

This even blows by Minaj’s culture-blasting “Anaconda” from 2014, a tune and video from which at the time there was no escaping. Lesson?

There is historically one absolutely surefire way to get people to groove to your tune — borrow the groove from the great musical innovator Rick James. Ask MC Hammer, right?

On winning the Video Vanguard Award recently, Minaj said from the MTV VMA stage: “I wanna thank the key people that inspired my flow,” naming Lil’ Wayne, Jay-Z, Kanye West, Foxy Brown, Rihanna, Drake, Beyonce, and Madonna. Rick James must be turning over in his golden grave, waiting for his shout out.