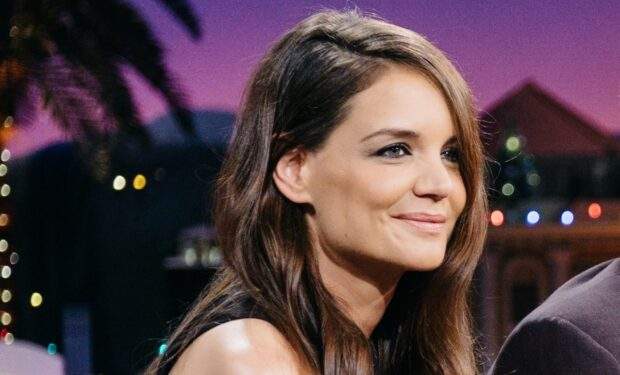 Hollywood movie star Katie Holmes is promoting her new film, Alone Together. She stars as the protagonist who shares a house with a stranger (Jim Sturgess) with whom she falls for romantically, during the pandemic. It is the second film Holmes has directed. See trailer below.

During a recent interview, Katie confirmed that her 16-year-old daughter Suri Cruise (daughter of Top Gun star Tom Cruise) sings a cover of the famous 1934 song ‘Blue Moon’ in the opening credits of Alone Together. (Fans will have to watch the film in order to hear Suri singing!)

Katie also confirmed that she was (and continues to be) inspired by Diane Keaton, who sang the song in Rob Reiner’s 2014 film And So It Goes.

Get ready to hear more of Suri singing: she recorded a song for Katie’s upcoming third film, Rare Objects. (BTS photo above.)

Note: Katie made her directorial debut and starred in the 2016 drama All We Had. Trailer above.