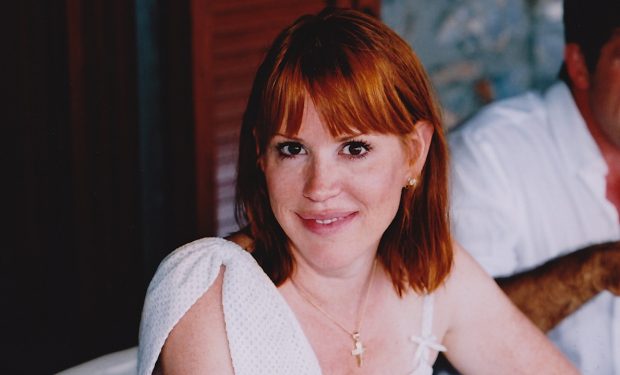 When not on a TV or movie set, Hollywood star Molly Ringwald also models. When the Pretty in Pink star shared the photo below, of her in a lovely lemon-colored dress by BATSHEVA, her fans replied with praise. “Stunning,” wrote one fan; “So pretty,” wrote another.

Batsheva was founded by designer Batsheva Hay who “plays with American styles of feminine dress – from Victorian to Pioneer; from Housewife to Hippie – by taking elements symbolic of restraint and repression (high collars, voluminous sleeves and skirts) and giving them a modern inflection.” Hay is known to “retool historical looks.”

She was photographed by the appropriately named Quil Lemons, who also captured current IT girl Zendaya in a lemon dress (see below).

Riverdale fans hope to see more of Molly as Mary Andrews (Archie’s mom) in the seventh and final season of the show, which is expected to air in mid 2023.