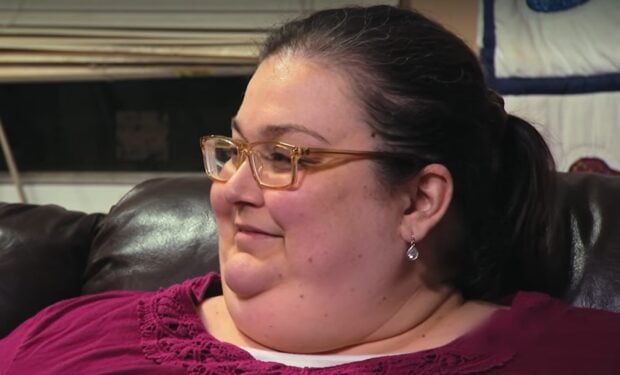 On Season 9 of My 600-lb Life, the reality TV series tells the story of Carrie, a mild-mannered woman who lives in a trailer home in Huntington, Texas with her husband Chris and their daughter Haleigh. As Carrie points out in the video below, it’s clear that all three of them have “weight problems.”

When asked if she’s nervous about her next appointment with Dr. Now, Carries says no, “The only thing I’m more concerned about is disappointing him because he seems to put a lot of faith in his patients.”

Faith is something Carrie clearly respects based on the number of religious crosses hanging on the walls of their home. We count 12 on just one wall of the living area!

TLC reports that Carrie is “on the brink of eating herself to death” after spending the past 20 years grieving the loss of her father who died as “a result of a botched weight loss surgery.”

New episodes of My 600-lb Life air Wednesdays at 8 pm on TLC.