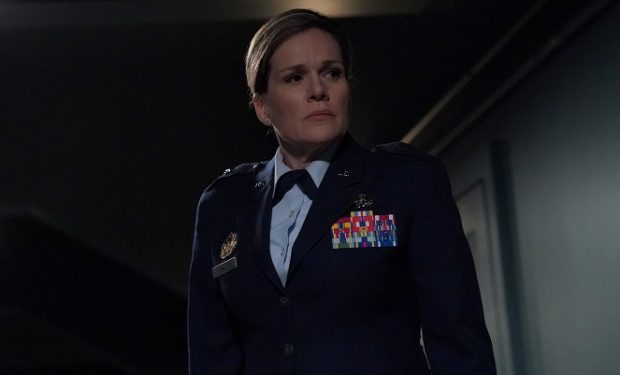 In the Marvel’s Agents of S.H.I.E.L.D. episode “Rise and Shine,” Coulson (Clark Gregg) is blindfolded and taken by two of General Hale’s thugs. It’s not an Air Force operation. General Hale is going rogue and operating with zero oversight. She admits it’s not Air Force but Hydra, and now she thinks it’s time for them to unite. If Coulson doesn’t help her, it could be the end of the world.

General Hale is portrayed by Catherine Dent. Dent is best known for her roles on The Mentalist (Susan Darcy) and The Shield (Officer Dani Sofer, see link above), among others. Dent made her big screen debut in Robert Benton’s 1994 film Nobody’s Fool, as Paul Newman’s daughter-in-law Charlotte. Marvel’s Agents of S.H.I.E.L.D. airs Fridays at 9pm on ABC.

Known for her role in The Shield don’t miss this RARE #autographed photo of actress Catherine Dent https://t.co/5SdD4d6g7D @PSAcard authenticated on @eBay pic.twitter.com/JoxTgWpM8w