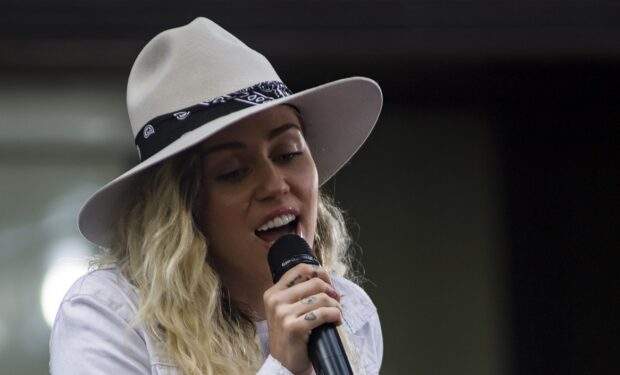 Miley Cyrus turned 30, an event that sent a whole bunch of young(ish) people deep diving about how time was passing much too quickly. Miley Cyrus, 30? It seems unimaginable to a large contingent of the artist’s fans. Because Miley fans — perhaps more than those of any other music star including Taylor Swift — grew up with the star. Miley has been with them practically since they achieved consciousness.

The Miley career they’ve followed has been spectacular so far — literally so, filled with spectacle after spectacle, from Hannah Montana to the Wrecking Ball ride and beyond. This powerful cultural penetration was very evident in the reaction to her sweet and happy-looking birthday post, because Miley’s birthday brought out the stars — on Instagram.

You could get a good sense of the range of Miley’s gift and influence by using the sheer variety of celebs who responded to her moment with love and fire. There is the rocker Miley Cyrus eliciting a perfectly metal response from none other than Mötley Crüe drummer Tommy Lee, who wrote “Happy F___ bday dude!!!!”

The artist and photographer Vijat M also chimed in: “HBD ICON.” Vijat took the photo below.

Miley Cyrus may have set an unofficial record for responses by people with the most followers. Except, of course, in cases where Cristiano Ronaldo (500 million followers) responds to anyone. Fans and Miley herself are, as she said recently, “looking forward to who I’ll become in my 30s.”