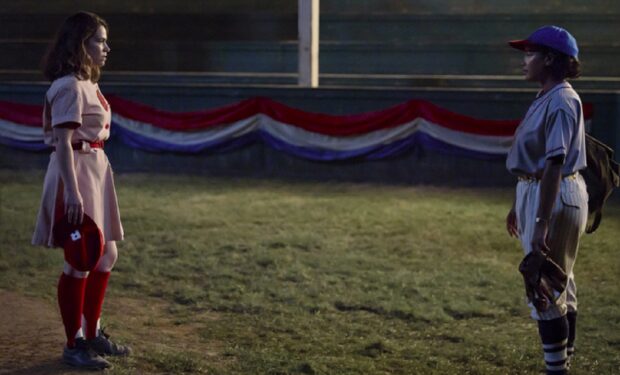 'A League of Their Own' (courtesy of Prime Video)

Reboots are the rage, as ever, and treading carefully — while also breaking new ground — is paramount when working with beloved material.

Knowing the power of nostalgia they wield, the Amazon rebooters use the familiar coming of age song “Edge of 17” by rocker Stevie Nicks to introduce the trailer.

And a new generation of star power puts on the uniforms: Abbi Jacobson, Chanté Adams, D’Arcy Carden and Melanie Field, for starters. Jacobson and Will Graham produce. All eight episodes drop August 12. Below is Nicks rocking the original.