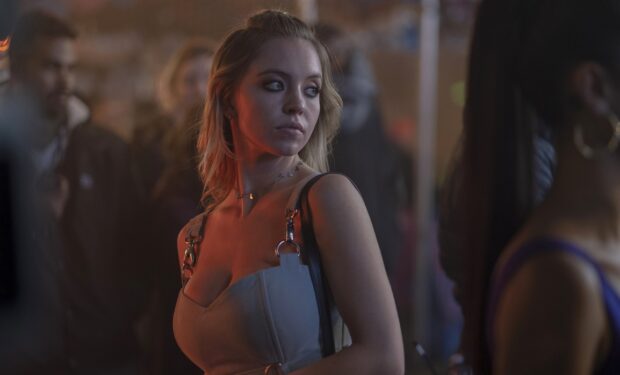 Sydney Sweeney is the gorgeous 23-year-old actress who plays Cassie Howard in HBO’s teen drama Euphoria starring Zendaya, who recently won an Emmy Award for the drug-addicted teen role. Good news: Euphoria will likely start filming Season 2 in early 2021. In the meantime, fans will be treated to two bonus episodes to get them through the pandemic.

The first episode, ‘Trouble Don’t Last Always,’ follows Rue (Zendaya) as she celebrates Christmas “in the aftermath of being left by Jules at the train station and relapsing.” It will air on Sunday, December 6 at 9/8c on HBO. [BONUS: Stream every HBO show through the HBO NOW Digital App found here. Download is FREE.]

When not filming Euphoria, Sweeney has been busy outdoors posing in crazy tiny string bikinis as seen in the amazing photos above and below.

[Related: Zendaya and Denzel Washington’s Son Got Romantic In Black-and-White During Pandemic]