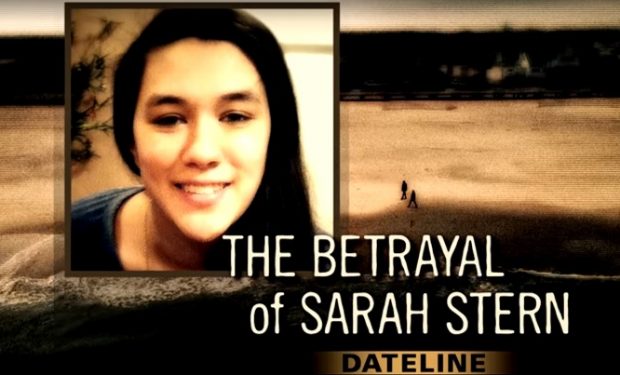 The Betrayal of Sarah Stern (Dateline/NBC)

In the Dateline episode ‘The Betrayal of Sarah Stern’, Keith Morrison investigates the death of the 19-year-old Sarah Stern of Neptune City, New Jersey. On December 3, 2016, her car was found abandoned on the middle of the Belmar Bridge. Her car was unlocked and the keys were in the ignition.

In February 2019, a jury found Stern’s former high school classmate, 21-year-old Liam McAtasney, guilty of strangling his childhood friend Stern in her home and then dumping her body off the bridge. Prosecutors say McAtasney had intended to steal her inheritance money (he thought $100,000) which was kept in safes.

Preston Taylor, 19, McAtasney’s roommate, who went to junior prom with Stern, confessed to helping McAtasney dump Stern’s body over the bridge. Taylor took a plea deal and testified against McAtasney.

When the judge asked Taylor what his cut of the deal was, according to CBS, “there was a loud gasp in the courtroom” when Taylor revealed a mere $3,000. Stern’s body was never found. McAtasney’s and Taylor’s sentencing were scheduled for May 24 but have been postponed as McAtasney has requested a new trial. Dateline airs Fridays at 9 pm on NBC.

Part of Taylor’s testimony in court…