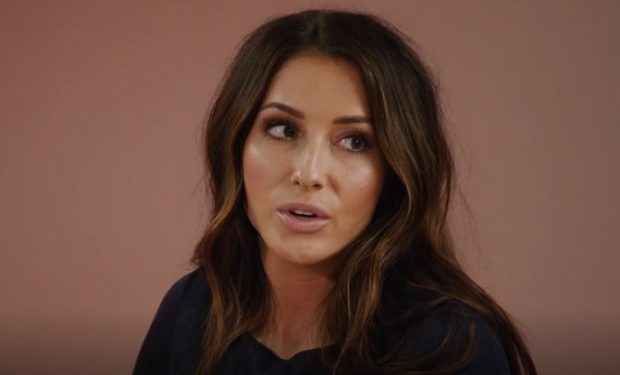 On the Season 7 Teen Mom OG episode “New G’s Meet the Old G’s,” all the moms fly to New York City for press week. The three OGs Amber Portwood, Catelynn Lowell and Maci Bookout have been doing this show for 10 years now so meeting the two new moms feels strange. Amber says she has concerns about meeting the new moms “since MTV never called me personally to tell me they were joining the show.” The new moms are Cheyenne Floyd and Bristol Palin, daughter of former Alaska governor Sarah Palin.

When the five moms are on the set, Bristol talks about how she got engaged (to Dakota Meyer) and pregnant within a month. “I planned a wedding and then I was like ‘I can’t get married’” but then she canceled the wedding and went through “the whole pregnancy by myself which frickin’ sucked.” But when she had the baby she felt bad that the baby “didn’t have a dad” so she got back together with him and got married right away and had another baby right away. “And we got divorced just recently,” she says and then turns to the camera, “So, don’t do it. Don’t do it.” Fellow new mom Cheyenne asks Bristol, “So you’re saying to wait,” to which Bristol says (again she turns to the camera): “I’m saying don’t do it.” Whether she’s talking about having sex or conceiving a child out of wedlock or marrying the father of your baby “for the baby” is not clear. Teen Mom OG airs Mondays at 9 pm on MTV.