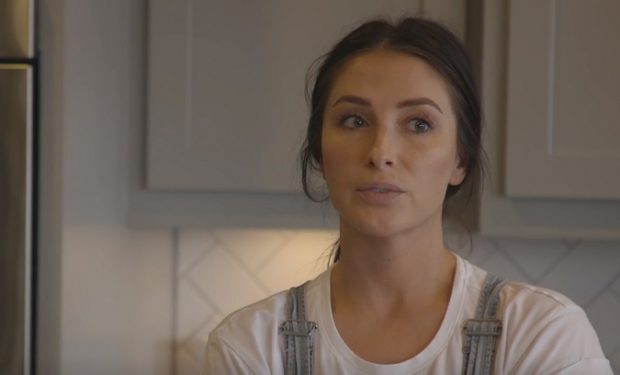 Reality TV star Bristol Palin is the daughter of former Republican U.S. vice presidential candidate and former governor of Alaska Sarah Palin. Bristol, the 27-year-old mother of three children, is joining the cast of MTV’s Teen Mom OG. Earlier this year, she divorced from her husband Dakota Meyer, father of her two younger children – 2-year-old Sailor Grace Meyer and 14-month-old Atlee Bay. During an Instagram story session in August, Meyer answered the question why he and Palin got divorced, he replied: “She wasn’t happy with me so it’s for the best.” (The father of Palin’s first child, son Tripp who’s now 10, is Levi Johnston. Palin was 17 when she became a mom.)

[When launching her reality TV career, Bristol Palin wrote Not Afraid of Life]

Teen Mom will be Bristol Palin’s sixth appearance on a reality TV show. She made her reality TV debut in 2010 on ABC’s Dancing with the Stars (she came in third place; Dirty Dancing star Jennifer Grey won). Later that year Bristol appeared on her mother’s TLC show Sarah Palin’s Alaska. In 2012, she starred in Bristol Palin: Life’s a Tripp on Lifetime. That same year she returned to Dancing with the Stars for an all-star season (former Dallas Cowboys cheerleader turned Bachelorette Melissa Rycroft won). Palin’s last appearance on a reality show was 5 years ago. She and her sister Willow Palin were on Celebrity Wife Swap with Melissa Rivers and the late great Joan Rivers (see link above). Teen Mom airs Mondays at 9pm on MTV.