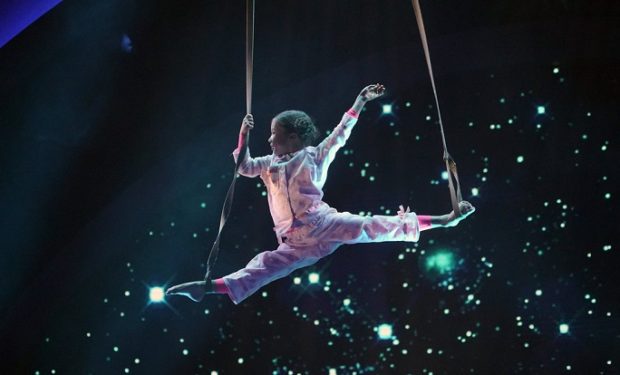 In the Little Big Shots episode “Eggcellent Eggsperiment,” TV host Steve Harvey meets a number of kids who are willing to experiment (with eggs) and push themselves to new heights (literally). The former refers to aerialist Katya and Nikita, a talented and fearless duo from Ukraine. This isn’t their first time on television. Katya Buskandze and Nikita Bychkov performed the same “pajama” routine on Ukraine’s Children Got Talent in May 2017. See below.

Not only are these two kids fearless but imagine the level of trust they’ve developed between them to pull off these acrobatic feats. While swinging from a rope, Nikita lifts Katya’s body with his feet! (See photo below.) New episodes of Little Big Shots air Sundays at 8pm on NBC. 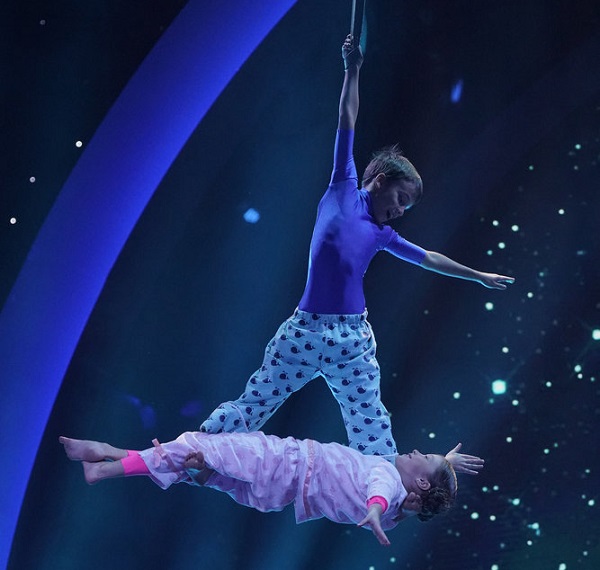