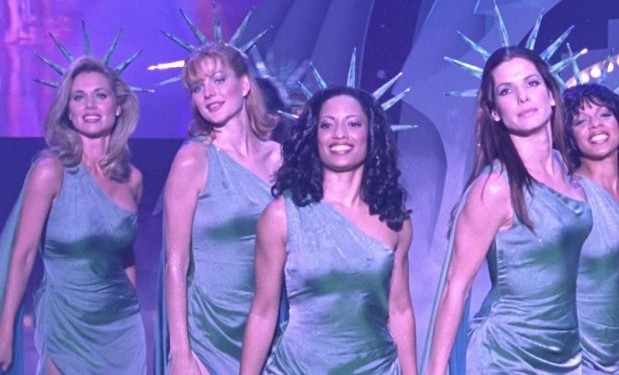 LeeAnne Locken is the raven-haired beauty on The Real Housewives of Dallas. She’s not your typical Southern belle. She was raised by her grandparents in Houston, where she says she grew up “in the carnival circuit” and then won the title of 1989 Miss USA. After the pageant world, LeeAnne pursued a career in acting. She played Kelly Beth Kelley, Miss Nebraska in the hilarious 2000 film Miss Congeniality with Sandra Bullock and has appeared in a handful of TV shows including Walker, Taxas Ranger and GCB.

Locken has also appeared in several TV commercials. She nailed the role of a borderline stalker banker in a funny commercial for First Federal Bank (see below). The Real Housewives of Dallas airs Mondays at 10pm on Bravo.