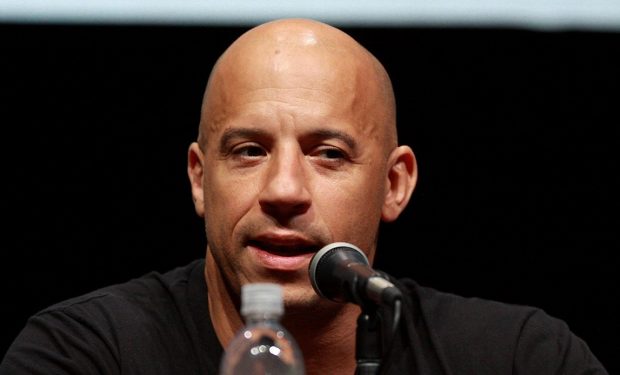 Hollywood movie star Vin Diesel is best known for his role as Dominic Toretto in the Fast & Furious franchise with Jordana Brewster, Michelle Rodriguez and Ludacris, among others.

Since becoming an action star and one of the world’s highest-grossing actors, Vin Diesel has also become well known as the voice of Groot in the Marvel Cinematic Universe and its Guardians of the Galaxy movies.

Some Fast & Furious fans were surprised to learn that Vin Diesel got his big break in the movies from one of the world’s most famous filmmakers, Steven Spielberg (Jaws, E.T., Close Encounters of the Third Kind).

With the photo above, Vin Diesel is celebrating the 25th anniversary of the Academy Award-winning war movie Saving Private Ryan, in which he played Private Adrian Caparzo. Diesel writes that the 1998 film “changed my life.” He adds: “The lessons I learned from Steven, Tom (Hanks) and the whole experience I have taken with me through out my career. Reflecting… grateful.”

Vin Diesel has said that Spielberg wrote the small role for him after seeing him in Vin Diesel’s own short film Multi-Facial at the 1997 Sundance Film Festival.

Vin Diesel wrote the script and directed the 20-minute film (above) about an aspiring bi-racial actor in New York City.