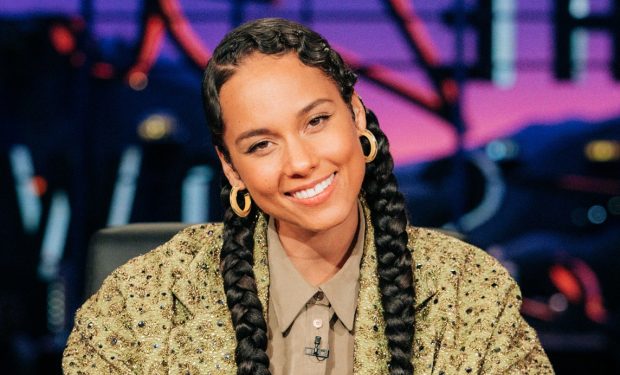 Multiple Grammy Award winning singer/songwriter Alicia Keys (Girl on Fire) is getting ready for the holidays. As seen in the video below, Keys is dancing and singing in a disco halter crop top to promote her new album, Santa Baby, which includes the single December Back 2 June. The former The Voice coach invites her fans to: “Come party with me at my Harlem house party.”

When she shared the still photo above, she wrote: “Coming to a holiday house party near you 😍😍😍 Are you coming over? I got some thangs up my sleeve.”

Santa Baby includes 11 songs of holiday classics including Ave Maria and four original songs by Keys. She says she picked each song “based on my all-time favorites and I wrote the new ones based on real holiday emotions and stories.”

Keys’ fans are going wild for the look and the new music and they’re dropping tons of fire emojis in the comments.