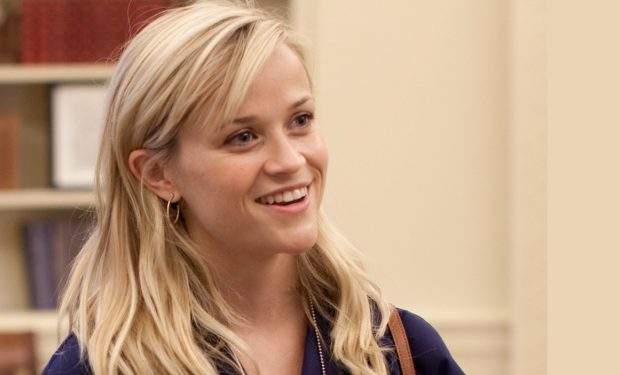 Reese Witherspoon has comic timing to rival any of the all-time great comedians. But in real life this week, the actress found herself wondering “Too soon?”

The question arose as Witherspoon shared photos of her shiny platinum artificial Christmas tree, already up in the living room. Like many of her fans who’ve sometimes felt bad news beating the good news lately, Witherspoon let it be known that she is all in when it comes to starting the Christmas season — and the Christmas cheer — early.

None other than Mariah Carey, a bona fide Christmas authority, set Witherspoon at ease, replying “Nah, you’re good” and adding a heart emoji. Actress Octavia Spencer was adamant in her response, writing “Nope!!!!”

But it’s longtime Witherspoon pal and co-star Mindy Kaling (A Wrinkle In Time) who wins the comments this time. Kaling agrees with Carey and the others, but adds her own signature comic style in response: “Never,” Kaling writes, “Wreath Witherspoon lives!!”

The reference to “Wreath Witherspoon” — a festive holiday wreath adorned with photos of the actress — goes all the way back to the third season of Kaling’s Hulu sitcom, The Mindy Project, in 2014. Wreath Witherspoon became a popular holiday decoration among hipsters for years.