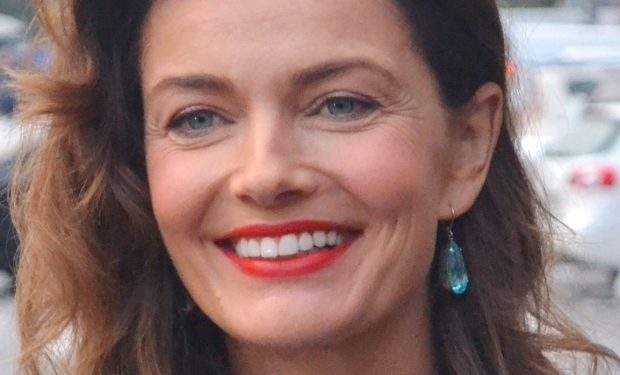 It’s been a busy year for former Sports Illustrated swimsuit supermodel Paulina Porizkova. This spring, she came close to winning the TV survival competition Beyond the Edge with Full House star Jodie Sweetin. And this summer, the 57-year-old model has been inspiring women online with her unaltered bikini pics and her naturally greying hair.

When not promoting her recently released memoir, No Filter: The Good, the Bad, and the Beautiful, Porizkova is either spending time with her sons (their father was the late Cars lead singer Ric Ocasek), or enjoying live music.

With the photo below, taken backstage at the Metropolitan Opera House in New York, Porizkova wrote: “imagine my happiness when I went to see a performance at the Met, and during the intermission found out that one of my all time favorite singers was following ME on IG.”

Porizkova said of the 36-year-old Latina soprano Nadine Sierra: “Her beauty and her talent, her unbelievable voice, set every performance she makes on fire.”

Porizkova reported that it was during the intermission when “me and my girlfriend were quickly whisked backstage so I could give Nadine a hug and take a pic.”