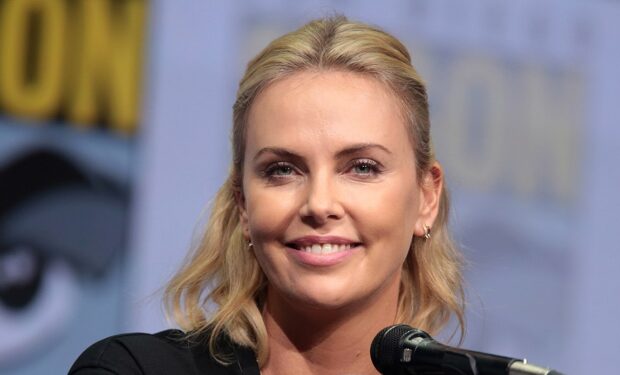 When not filming a Fast and Furious movie with Vin Diesel and Helen Mirren, Oscar Award-winner Charlize Theron is filming another sequel to another action/thriller. In 2020, Charlize starred in Netflix movie The Old Guard, based on the comic book of the same title. See trailer below.

Her character is a centuries-old warrior with “unexplained regenerative healing abilities” who uses her vast experience to work as a mercenary, taking missions that help people. Charlize is reprising her role (as “Andy”) for the sequel, The Old Guard 2, but this time former Kill Bill actress Uma Thurman will co-star.

When Charlize shared the photos above, of her with dark hair and wrestling Uma Thurman, one fan (who doesn’t yet know about The Old Guard 2 movie) replied: “What the holy hell is going on here?”

Get ready to see more of Uma: she finished filming The Kill Room with her daughter Maya Hawke (daughter with Ethan Hawke) and Uma’s Pulp Fiction co-star Samuel L. Jackson.