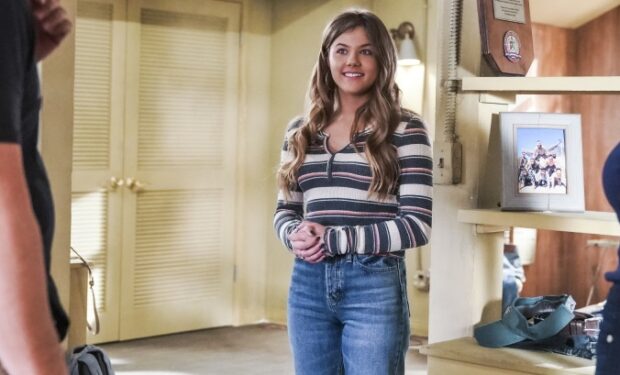 On the SEAL Team Season 4 episode ‘The New Normal,’ Bravo Team struggles to adjust to a new team dynamic after several members make life-altering career decisions. On a personal note, Jason Hayes (David Boreanaz) also struggles to accept the news that his daughter Emma (Kerri Medders) is dating a new guy (Brad) and is traveling to Baltimore to spend time with his family.

When not filming SEAL Team, Kerri spends time making music (she’s a singer, too) and content for Instagram.

When she shared the sweet series of photos (and a video) above, of her in a cherry-print sports bra and bicycle shorts, the 20-year-old actress wrote: “for years I wouldn’t post my body (especially ribcage) because I didn’t think it lived up to ‘social media standards’ well you know what I’m gonna push THAT voice AWAY.”