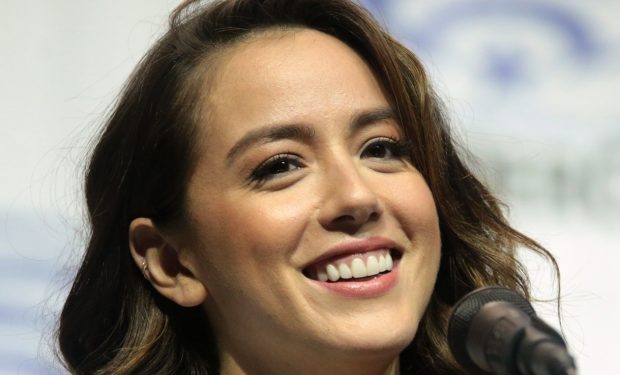 ABC is celebrating the life and luminous legacy of Stan Lee by gathering stars of the Marvel Universe for a one-hour TV special. Among the stars sharing their memories of Stan “The Man” Lee are: Tom Hiddleston (Loki in Thor, The Avengers movies), Cobie Smulders (Maria Hill in The Avengers), and Ming-Na Wen (Kara Palamas/Agent 33) and Chloe Bennet (Daisy “Skye” Johnson / Quake) both from the TV series Marvel’s Agents of S.H.I.E.L.D., among others.

When not filming Agents of S.H.I.E.L.D., 27-year-old Bennet is often modeling, as seen in the photo series above which shows her in a pair of white Calvin Klein underwear and a loose flannel shirt without a bra. She captioned the photos: “Adulting is ouch.”

Fans of Bennet hope to see her on the big screen soon. She landed the role of Karen the Queen Bee in the musical remake of the 1983 film Valley Girl, which is expected to hit theaters in 2020.

Below are photos of Bennet in bikinis which she shared with the hashtag #ValleyGirlmovie.