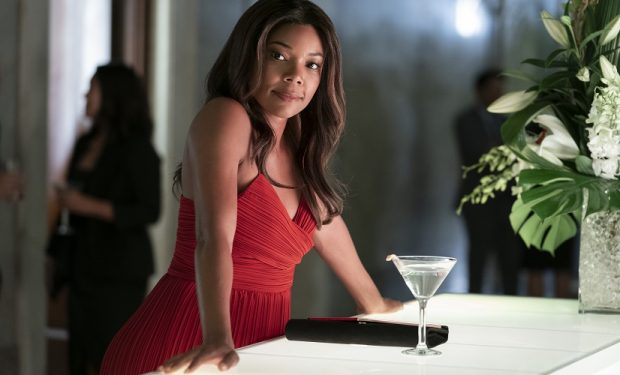 In the L.A.’s Finest episode “Deja Vu,” Syd takes steps to find relief from Kobi, a brutal Miami drug cartel gangster that haunts her past.

I am often asked how I play the dark, intense villains that seem to fill much of my resume. It’s easy – I never approach a character by labeling him as a villain. Everyone is a hero in their own mind. I just find the character’s internal justification for doing the things he does. Actors are simply assistant story tellers and every hero’s journey needs a villain. The story of Jesus requires Judas; John McClane needs Hans Gruber just as Luke must face Vader to complete his hero’s journey. Villains are essential parts of almost all good stories. So, I never judge my characters or the actions they take in the story. I simply jump in and play make-believe. Photo by Valeria Tannuzzi

Kobi is portrayed by actor William Mark McCullough. In June, comic book fans can also catch him as part of the newest adaptation series for DC Universe, Swamp Thing. McCullough has several others coming soon, including roles in HBO’s The Outsider and OWN’s Greenleaf, as well as the new horror-thriller Shookum Hills.

[American Made with Tom Cruise]

Movie audiences know William as a drug smuggling pilot with Tom Cruise in American Made (see link above), a violent enforcer for Oscar-winner Nicolas Cage in Arsenal, the redneck co-worker of Channing Tatum in Oscar-winner Steven Soderbergh’s Logan Luck, and opposite Oscar-winner Mahershala Ali in Free State of Jones.

Television fans will recognize William from his recurring roles on Fox’s The Gifted, PBS’s Mercy Street and WGN’s Underground among others. Interesting tidbit: William was born and raised in Savannah, Georgia as one of ten siblings.