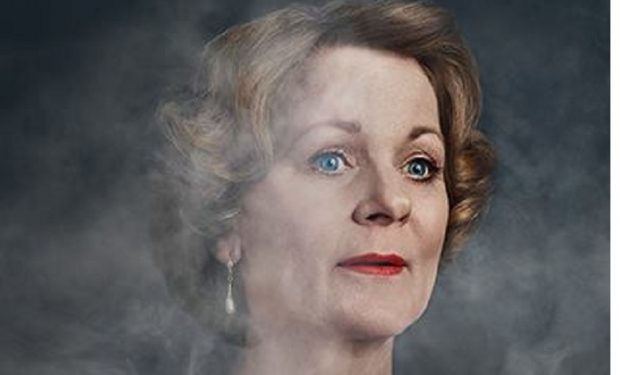 With a name like Samantha Bond, perhaps it was inevitable that the actress would end up as part of the 007 franchise. She played M’s secretary, the redoubtable Miss Moneypenny in all four of the Pierce Brosnan films, and the two actors’ chemistry helped elevate otherwise fairly forgettable movies. The actress is also a stalwart of British television, having appeared in the likes of Downton Abbey and Midsomer Murders. Dublin theatre audiences can now relish the opportunity to see her as overbearing mother Amanda Wingfield in the Gate’s new production of the Tennessee Williams’ classic The Glass Menagerie.

Sharing a meager Depression-era St. Louis apartment with her children, when she isn’t berating her son Tom for his drinking or her daughter Laura for dropping out of business school, Amanda reminisces about her charmed young life as a Southern belle entertaining a coterie of ‘gentleman callers’. With a voice as refined as one of Laura’s delicate glass ornaments, Bond commands the stage, especially when she enters wearing the dress she wore as a young debutante all those years before. 007 would approve. The Glass Menagerie runs until June 1.