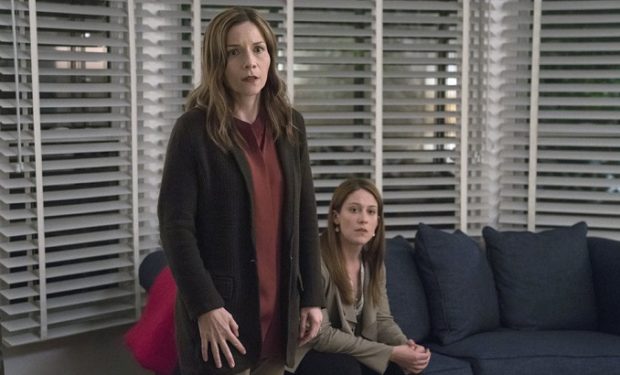 Inspired by a true story, Rise is the new NBC drama series from Jason Katims (Friday Night Lights, Parenthood) and Jeffrey Seller (Hamilton). The show centers around a working-class town revived when high school teacher Lou Mazzuchelli (Josh Radnor) sheds his own self-doubt and takes over the lackluster theatre department. In the episode titled “Victory Party,” Lou’s lesbian sister-in-law, Carol Gordon, shows up as a subtle family reminder of a different and more successful lifestyle.

Carol Gordon is portrayed by Amy Russ. This spring, Russ will also appear in a supporting role alongside Paul Giamatti in the Netflix film Private Life, directed by Tamara Jenkins and starring Kathryn Hahn. Her film and television credits include Divorce, Orange is the New Black, The Blacklist, Royal Pains, The Sopranos, Till Proven Innocent and Oscar-nominated film The Post. Based in New York City, Russ has performed in numerous stage productions at New Rep, Atlantic Stage, Soho Rep, New World Stages, The Belt Theatre and others. She proudly performed with the USO, singing for veterans and active military at Walter Reed and the Bob Hope Center. Fun fact: Russ is a self-confessed computer geek who taught herself how to code HTML by hand.