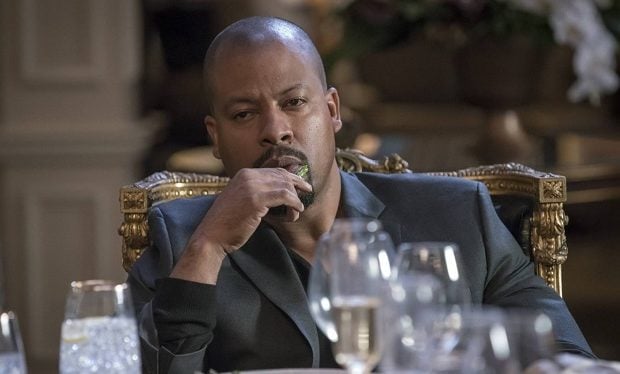 There is no rest for the weary Lyons in Season 3 of Empire. In the season premiere, “Light in Darkness,” after Lucious Lyon (Terrence Howard) marries Anika Calhoun (Grace Gealey, who in real life just got married to Andre Lyon actor Trai Byers), Lucious is more determined than ever to make his streaming service a massive hit. The only thing — or person — in his way is his half-brother Tariq. Tariq is leading a federal task force to investigate Lucious. And if need be, he’ll go after Cookie and the kids.