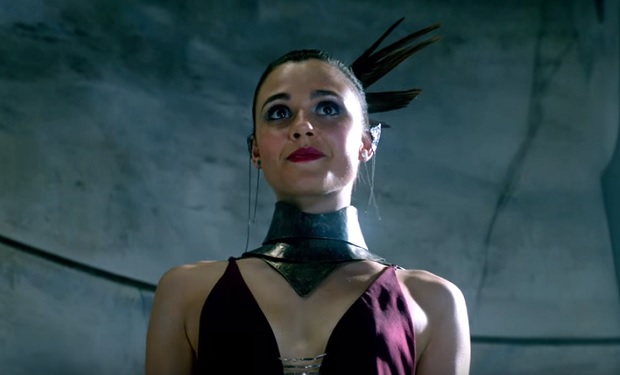 , which started with The Elfstones of Shannara. It’s set thousands of years after the fall of humankind. In the show’s premiere episode “Chosen,” the fictional world Four Lands is threatened. It’s up to an unlikely trio – an Elvin teenage princess, a half-human, and a human Rover – to save what’s left. Fun fact about the show: it’s executive-produced by Jon Favreau who knows something about elves

The Elvin princess is Amberle Elessedil who is portrayed by Poppy Drayton. The 24-year-old English actress best known for her roles on Downtown Abbey (Madeleine Allsopp), on the TV movie When Calls the Heart (Elizabeth Thatcher), and in the 2015 horror film Unhallowed Ground