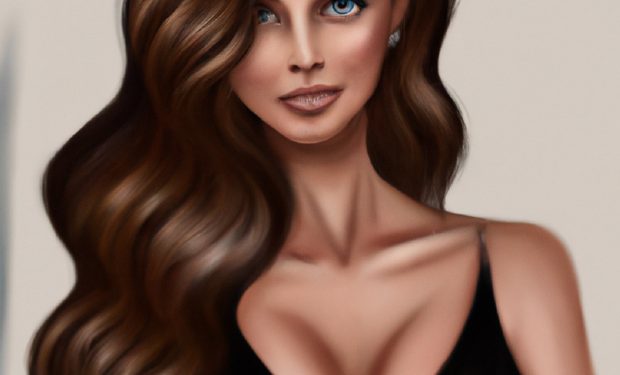 During the height of her career in the 1980s, supermodel Carol Alt (aka the “The Face”) appeared on the covers of every fashion magazine (Harper’s Bazaar, Vogue, Cosmopolitan) and the 1982 Sports Illustrated Swimsuit Issue.

This was supposed to post last Thursday!!! on my birthday. This beautiful tribute video that my friend. Ezequiel De La Rosa made for me. It’s like this is your life carol alt in 40 seconds. #Fashion #Art #Cover #Model #FashionModel pic.twitter.com/kFdiQOTjGv

The 5’10” brunette launched her acting career in 1982, too. She’s appeared in several films including Howard Stern’s Private Parts and Woody Allen’s To Rome With Love, among others.

The 62-year-old New York native continues to model, as seen in the video above with New York fashion designer Zang Toi. Alt pours into a stunning hourglass dress.

When legendary makeup artist Sandy Linter watched the video she replied: “Slim as ever.” Alt replied: “well that was like wearing a spanks! There’s no room to breathe, or gain weight or anything. Lol.”

Get ready to see more of Alt: she stars in the upcoming drama Paper Empire with Steven Guttenberg (Three Men and a Baby), Kelsey Grammer (Frasier), Denise Richards (Real Housewives of Beverly Hills), and Wesley Snipes (White Men Can’t Jump), among others. It’s about a crypto Ponzi scheme. Paper Empire is scheduled for a 2023 premiere.