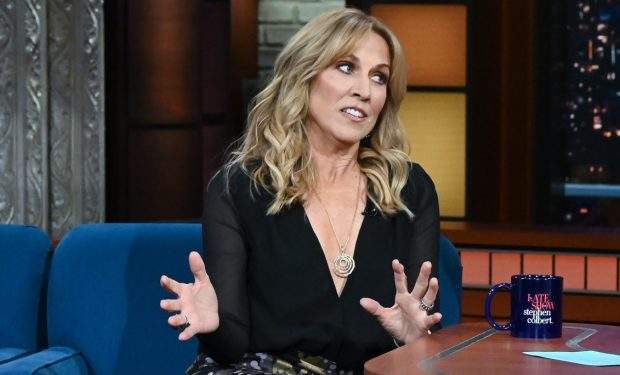 Move over, Jerry Seinfeld. Your Comedians in Cars Getting Coffee series has some serious competition. Former Saturday Night Live star Kevin Nealon is talking to his famous friends on foot in his fun YouTube series Hiking with Kevin.

Not all of Nealon’s hiking buddies are comedians like Adam Sandler, Conan O’Brien and Molly Shannon (above), some are musicians including nine-time Grammy Award winner Sheryl Crow.

While hiking a trail in Tennessee with Crow (see episode below), Nealon doesn’t bat an eye when he brings up Crow’s exes including Rock and Roll Hall of Famer Eric Clapton and cyclist Lance Armstrong. He even asks if she’s dated the late great Prince.

Watch and listen to her talk about her past dating life (and the rumors around it) in the episode below.

Around the 15-minute mark, Nealon asks Crow the “cliche” question: “Who was your greatest mistake?” (a reference to her 1998 hit song My Favorite Mistake). Spoiler alert: Crow did not date Prince nor did she date actor Hank Azaria, contrary to what her children have read on the internet.

Kevin hikes with Crow’s ex, Owen Wilson, too (watch below). Crow and Wilson met while filming the 1999 movie The Minus Man.

Nealon is also promoting his new book of essays and artwork, I Exaggerate: My Brushes with Fame. It includes caricatures and funny, endearing personal essays about his famous friends including Jennifer Aniston, Jim Carrey, and John Travolta, to name a few.