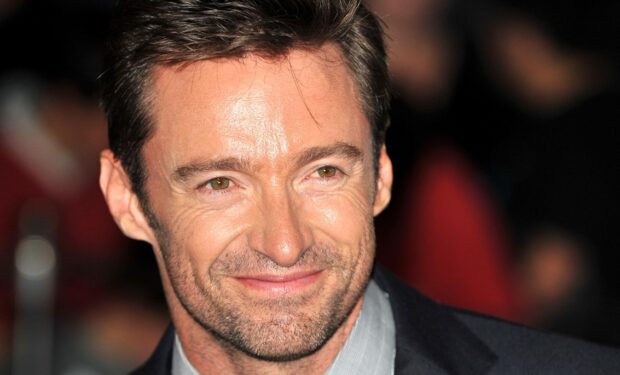 Triple threat Hollywood and Broadway star Hugh Jackman (X-Men, The Greatest Showman, The Boy from Oz) knows how to strike a pose and have a good time. Below is Jackman and his wife Deb off to the 2022 Met Gala in New York City.

When he shared the photo below, of him grinning ear to ear in a black leather jacket, he wrote: “When you go to a professional photo shoot there’s always a sign that says ‘personal photos and videos are strictly prohibited.’ There’s always one who believes that mandate doesn’t apply to her!” We know who you are, Deb.

Hugh’s fans are thankful his wife breaks the rules. As one wrote: “Well we’re very thankful that she doesn’t pay any attention to those signs.” Another noted his ensemble and replied: “Looking like a character from Grease.”

Hugh was never in a Grease movie but he did sing the female part (Sandy/Olivia Newton-John) of ‘Summer Nights’ with Grease star John Travolta, as seen in the video above. (They were together promoting their 2001 film, Swordfish.)

Watch the whole clip, Hugh confesses that he had a poster of ONJ in his elementary school desk and kissed it every morning. He said: “It’s no secret Olivia was my first crush.”