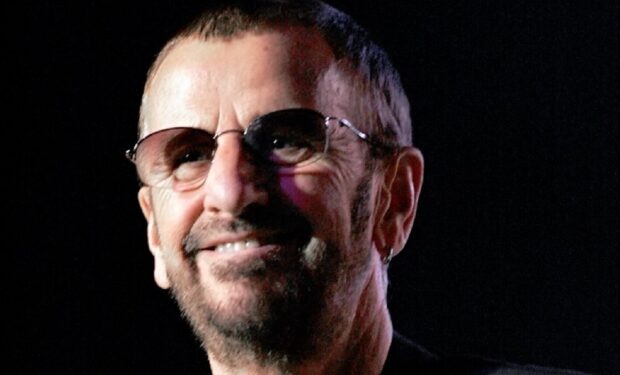 Singer, songwriter, former drummer of The Beatles Ringo Starr is appearing on American TV talks shows to promote his new EP, EP3, which features four new singles including, ‘World Go Round’ (see below). Fans are excited to learn that Ringo and his All-Starr Band are back on tour in the U.S.

As seen in the video below, Ringo is also pleased to reveal the cover of the new Beatles Revolver special edition album. “I love the cover,” he says.

The Revolver album’s 14 tracks — including Taxman and Paperback Writer — have been newly mixed by Beatles producer Giles Martin.

According to the official Beatles website: “All the new Revolver releases feature the album’s new stereo mix, sourced directly from the original four-track master tapes.” The collections also feature the album’s original mono mix, 28 early takes from the sessions and three home demos, among others.

The Revolver album artwork is created by The Beatles’ longtime friend, artist Klaus Voormann. The foreword in the included book is written by Sir Paul McCartney.