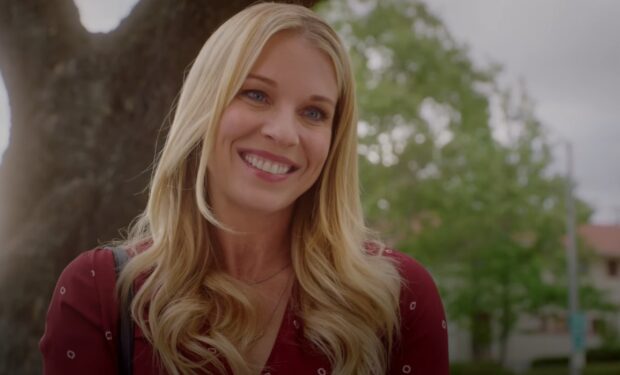 Alicia Leigh Willis on Stolen in Her Sleep (Lifetime/Reel One)

The protagonist of the new Lifetime movie Stolen in Her Sleep is Hallie (Morgan Bradley). The new mom had a hard start from the get-go: her baby girl Ava had a heart transplant when she was born.

Two months have passed and Ava is doing great but Hallie is on medication which might or might not cause headaches and paranoia.

Hallie thinks she finds a silver lining when she meets Megan Banks (Alicia Leigh Willis) in the park. Hallie is an artist, and Megan says she’s a publicist for artists. Coincidence?

Alicia Leigh Willis is known for her roles on General Hospital (Courtney Matthews), The Bay (Avery Garrett), and American Heiress (Elizabeth Wakefield, among others.

Stolen in Her Sleep premieres on Lifetime on Friday, May 20 at 8 pm.