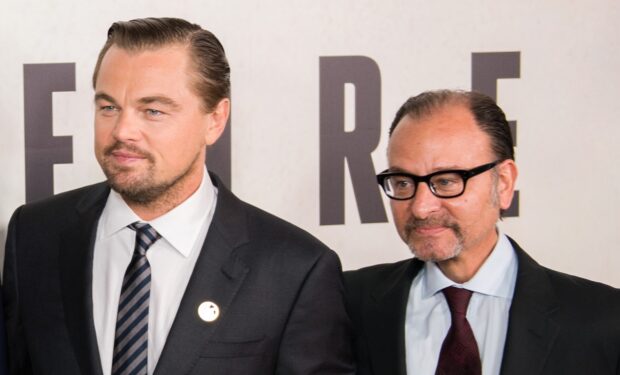 As Season 9 of The Blacklist nears its end, Red (James Spader) and the Task Force spring into action after learning who betrayed them. The discovery involves a visit to imprisoned Marvin Gerard.

Marvin is portrayed by Fisher Stevens. As an actor he’s known for his roles on Succession (Hugo, photo below), and in a variety of films including Motherless Brooklyn (Lou), Short Circuit (Ben), and Hackers (The Plague), among many others.

Stevens is also known as an award-winning documentary filmmaker. At the 2010 Academy Awards ceremony, he won an Oscar for Best Documentary for his 2009 film The Cove.

His 2016 documentary Bright Lights: Starring Carrie Fisher and Debbie Reynolds was nominated for two Primetime Emmys and the Golden Eye at the Cannes Film Festival.

Fisher also directed Leonardo DiCaprio in the 2016 documentary Before the Flood.

The Blacklist airs Fridays at 8 pm on NBC, right before Dateline at 9 pm.