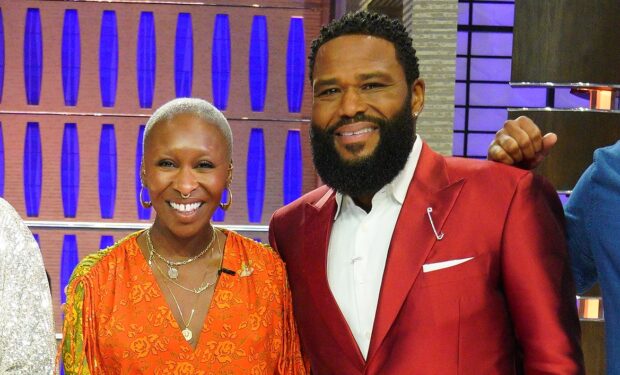 For the televised event, Cynthia stuns in a bright orange wrap dress with a pair of bright yellow suede boots with a pointed toe and round chunky heel that’s at least five-inches.

Get ready to see more of Cynthia: The two-time Oscar nominee will appear next on the big screen in the upcoming live-action adaptation of Disney’s ‘Pinocchio‘ with Tom Hanks (Geppetto). Cynthia plays the character Blue Fairy.