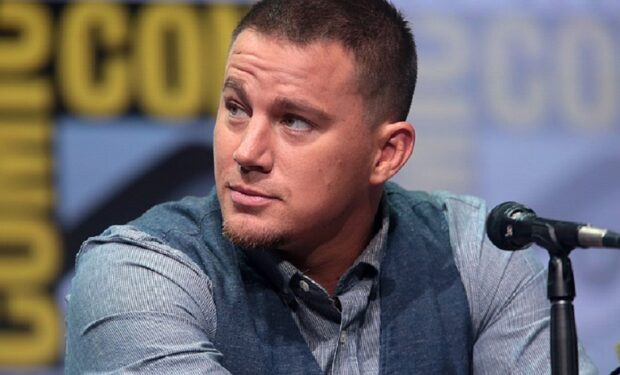 The look Tatum achieved for the films was beyond what others might hope to achieve, he says, without it being a full-time job, like it is for him.

Tatum told Kelly Clarkson on her talk show that the Magic Mike look is “not natural.”

And it’s “not healthy” either, Tatum said, despite the fact that he looks like the picture of robust health in the films. “You have to starve yourself. I don’t think when you’re that lean it’s actually healthy,” he said. Clarkson knows just how those demands to meet outlandish body image expectations work — and she’s over it herself.

Tatum, on the other hand, is not quite over it, as seen in the recent shoot with Inez & Vinoodh, where he looks as “unhealthy” and “starved” as ever. (Not coincidentally, the third Magic Mike is coming to HBO Max.)

The Magic Mike films, inspired by Tatum’s own experience as a male dancer, really were magic, at the box office especially. And once you become a household name, with a household body too, the world opens up. Just ask Brad Pitt or Dwayne The Rock Johnson.

Tatum has recently graced the cover of Variety, with the fawning headline about the “Zen of Channing Tatum.” It’s a real, tangible quality that contributes to his fame and success. But Zen is hard work, as any master.