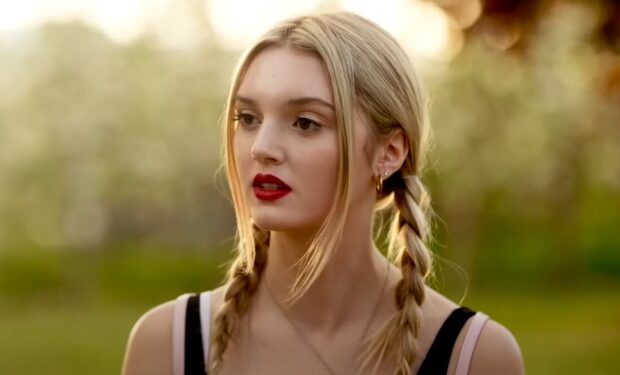 There are seven protagonists in the Lifetime movie The Virgin Sinners (originally titled The Color Rose). Seven girls who attend a private school together and have formed a clique dubbed The Sins, have become “the lethal target of an unknown killer after a harmless prank goes horribly wrong.” Watch trailer below.

Kaitlyn Bernard is a 21-year-old Canadian known for her roles in the Netflix Original Stephen King adaption 1922 (as Shannon Cottene) and in The Professor (as Taylor) starring Johnny Depp and Rosemarie DeWitt (see photos below).

Get ready to see more of Kaitlyn: she’s currently filming the TV series The Lake with Julia Stiles.