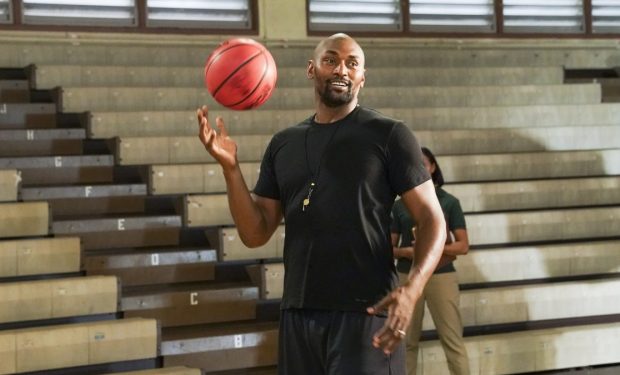 In the Hawaii Five-0 episode “Ne’e aku, ne’e mai ke one o Punahoa” (translated That way and this way shifts the sands of Punahoa), Five-0 teams up with a DEA agent to search for a killer whose plane crashed in the jungle with $10 million worth of heroin on board.

On a lighter note, Grover (Chi McBride) is thrilled when his niece Siobhan (guest star Nia Holloway) comes to try out for the University of Hawaii basketball team. He gets retired NBA player Metta World Peace to meet them at the gym!

Nia Holloway is best known for playing the fictional lionness Nala on Disney’s The Lion King National Tour (2013-2019). She started when she was 17, and just performed her last show in October. Onwards and upwards, Nia!