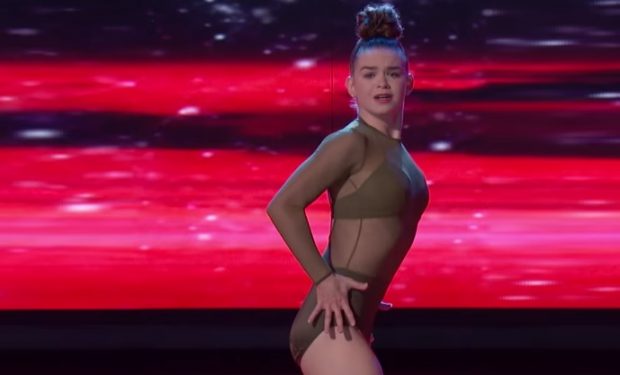 On the Season 3 premiere of World of Dance (February 26), judges Jennifer Lopez, Ne-Yo and Derek Hough watch a handful of talented dancer perform during the first qualifier round. One of them is junior contemporary dancer Lauren Yakima. The 17-year-old from Northville, Michigan, reveals enormous strength and grace while performing to the song “(I Just) Died In Your Arms” by Hidden Citizens. During Lauren’s performance, JLo says she got “goosies” which is her term for goosebumps, which is a good thing!

[JLo wears a blue wrap pantsuit like this one, $49] 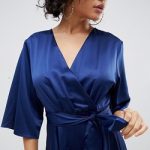 Lauren, who has been dancing since she was two years old, is the little sister of Amy Yakima, winner of the other big TV dance competition, So You Think You Can Dance, Season 10 in 2013. See photos below. Note: Lauren is working with choreographer Kayla Kalbfleisch, who is a professional dancer on Dancing with the Stars, where Derek Hough’s girlfriend Hayley Erbert (a SYTYCD finalist) also works. World of Dance airs Tuesdays at 9 pm on NBC, right after The Voice.

Happy to have my mini me here in NYC 👯‍♀️ @laurenyakima