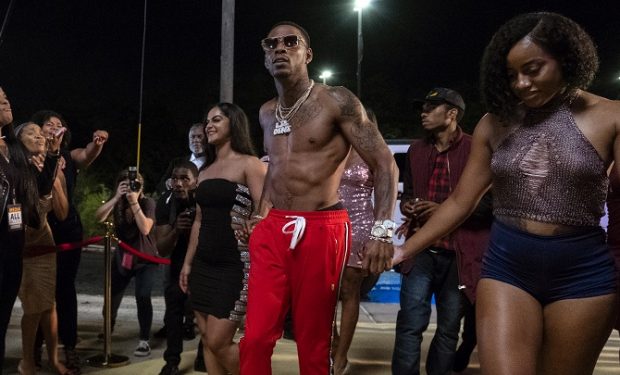 In the Star episode “Ante Up,” while Xander (Chad Michael Murray) pushes Cassie (Brandy Norwood) to find the rat in her organization, Mateo (William Levy) brings on rapper Lil Dini. The controversial performer clashes with Take 3. Lil Dini is portrayed by Kosine.

Kosine, who was born Marcos Palacios, is known as one of the production duo Da Internz. His partner is Ernest “Tuo” Clark. The Chicago natives describe their sound as “gourmet ratchet.” After graduating from Columbia College Chicago, Kosine was a professor of hip-hop beat making at his alma mater for two years. Da Internz are known for producing big hits including Big Sean’s “A$$”, Rihanna’s “Birthday Cake”and Nicki Minaj’s “Anaconda”, among others. This is Kosine’s TV debut. Star airs Wednesdays at 9 pm on FOX, right after Empire.