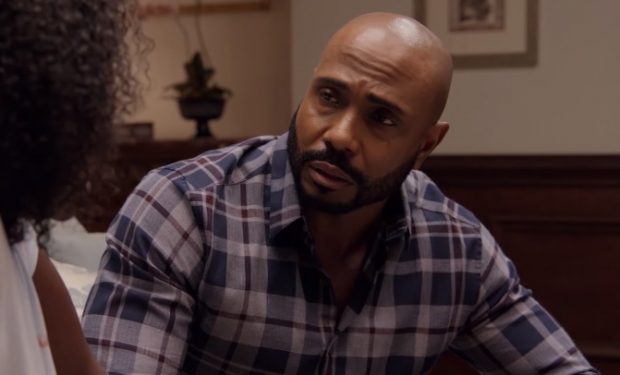 Keith Burke on The Haves and Have Nots (OWN)

While other soap operas have fallen off the radar in recent years, Tyler Perry’s original steamy show The Haves and the Have Nots remains the highest rated scripted series on OWN. After a brief hiatus, Season Five started right back up where it left off – with plenty of scandals, betrayals and sizzle for the rich, their rivals and everyone who works for them. At the beginning of the season, Derrick David arrived and sparks started flying as he began fixing up Hanna Young’s (Crystal R. Fox) house. Of course, things are never that easy as emotional trauma, adult children and a few secrets from the past are all working against this budding romance.

[Stream all seasons of The Haves and Have Nots!]

Derrick David is portrayed by Keith Burke. Fans will remember the actor as Jake O’Hare on the season opener of AMC’s popular series, Preacher, opposite Ruth Negga (now playing Hamlet!) and Rae Lynnbratten. Keith’s credits also include television appearances on Southland, NCIS, Cold Case, Criminal Minds, Heroes, Monk and Ghost Whisperer among others. A Philadelphia native, Keith got his start on stage at the respected Freedom Theater. He continued to work on stage, most notably opposite Emmy winner Loretta Divine in “My Brother’s Keeper.” Fun fact: Keith’s first TV show appearance was on The Fresh Prince of Bel Air, alongside his childhood acquaintance Will Smith.