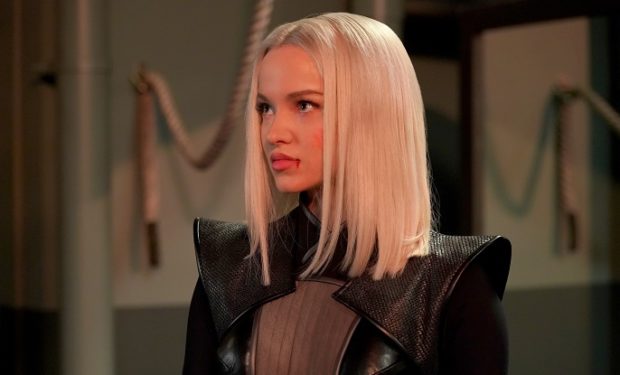 In the Marvel’s Agents of S.H.I.E.L.D. episode “Inside Voices,” Coulson (Clark Gregg), who hasn’t slept or eaten in days, is still a prisoner of General Hale (Catherine Dent). While she sends her goons to “put the screws in” Coulson, a surprising ally comes to his rescue. A young blonde named Ruby who claims to be “the destroyer of worlds” throws a mean circular blade at Hale’s ally Carl Creel (Brian Patrick Wade). 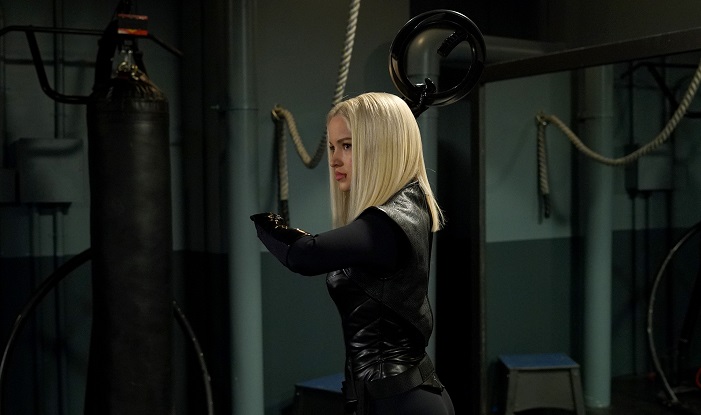 [Check out Cameron as a Disney villain in Descendants]

Ruby “the destroyer of worlds” is portrayed by Dove Cameron. The 22-year-old actress is known for her roles on The Lodge (Jess), Disney’s Liv and Maddie (Liv and Maddie), and in the Descendants TV movies (Mal), among others. She made her debut on Shameless as Holly Herkimer in 2012. Marvel’s Agents of S.H.I.E.L.D. airs Fridays at 9pm on ABC, right after Once Upon a Time and right before Taken.